Nissan Leaf takes over in Europe 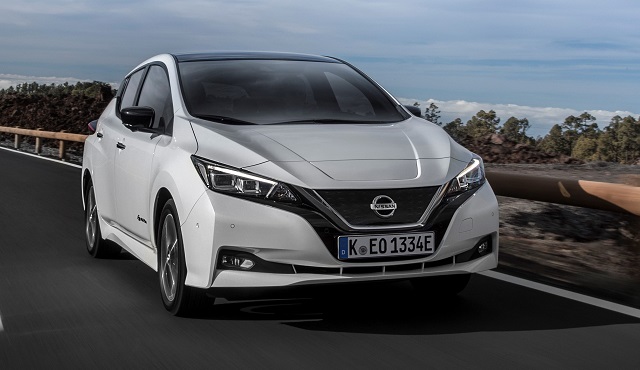 The world’s undisputed leader and for four years, 2011-2014, in Europe too, Nissan Leaf was surpassed in 2015 by another electric model of the Renault – Nissan Alliance: Zoe.

Renault Zoe’s upgrades, such as the liquid cooled battery, as well as the controversial design of the first Leaf generation,  allowed Zoe to dominate sales in Europe in 2015, 2016 and 2017.

It did not take long after the introduction of second-generation Leaf in Europe, February 2018, for Nissan to re-establish itself as the leader in EV car sales.

With 11,441 deliveries in the first four months of the year, representing a 48% increase over the same period last year, Nissan Leaf is currently driving ahead of Renault Zoe, BMW i3, VW E-Golf and Tesla Model S.

Comparing the two offers received by 24auto.ro for the basic variants of Renault Zoe LIFE Z.E. 40 and Nissan Leaf VISIA, our team has opted to buy a Nissan Leaf for winter and long-term EV tests.

The small difference between the offers received is 740 euros in favor of Zoe, which disappears to a large extent after the purchase of the  CABD02 cable, required to charge from a domestic plug (+€600). The equivalent cable is included in Leaf’s list price.

Our decision is based on several important criteria, from our point of view, and the superior features Nissan included in the base price for Leaf (for example: front and rear electric windows).

For customers looking for practical city car, Zoe might still be the more attractive model with its compact dimensions and low power consumption.