First test drive with e.GO Life, the electric city car made by the University of Aachen 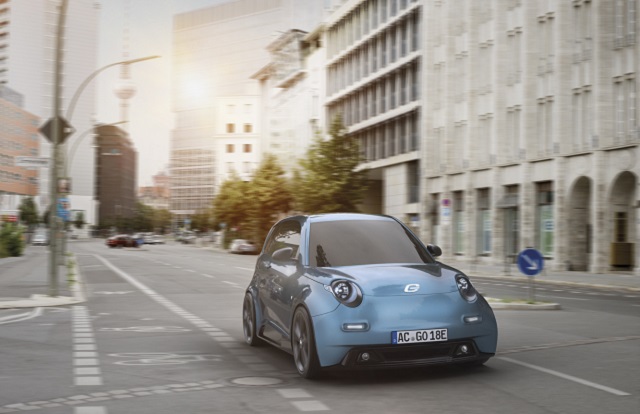 With a lot of curiosity we headed to Aachen to attend the inauguration of the electric city car factory designed by a German start-up, called e.GO Mobile.

Formed at the Technical University of Aachen and partially funded from the sale to the German Postal Service of Street Scooter, e.GO Mobile aims to produce affordable electric city cars.

Even if prof. Gunther Schuh’s, CEO of e.GO Mobile, enthusiasm is contagious, the question of how a new company will succeed, where the global automotive industry giants based in Germany (Daimler, Volkswagen, BMW) have so far failed, stuck with us throughout the visit.

A possible explanation was obvious after visiting the new production areas, whithout assembly lines and robots we are accustomed to in mass production plants. The initial volume for e.GO Life will be 10,000 units per year for the three versions, with range between 100 and 150 km and prices from 16,000 to 20,000 euros.

Another explanation could consist in the use of existing sub-assemblies from experienced suppliers without additional development and testing costs. Major suppliers of the global automotive industry like ZF and Bosch are partners in this project. Bosch contributes with electric motors, electronics, the batery and takes care of warranty and service through the Bosch Service network. 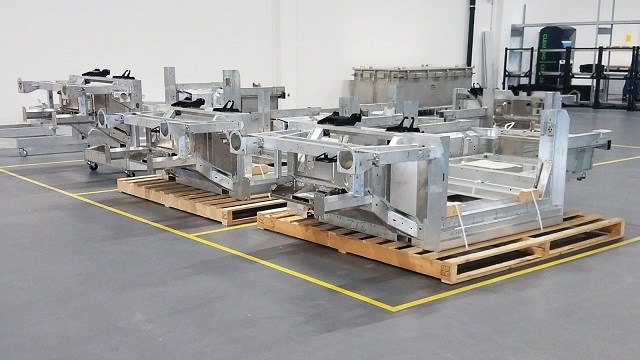 Looking deeper under the skin made of colored plastics, avoiding this way painting costs, is a structure made of aluminum profiles welded by an external supplier and delivered ready for assembly.

The upper part of the resistance structure is made of steel, similar to a roll bar installed for safety in competition cars. 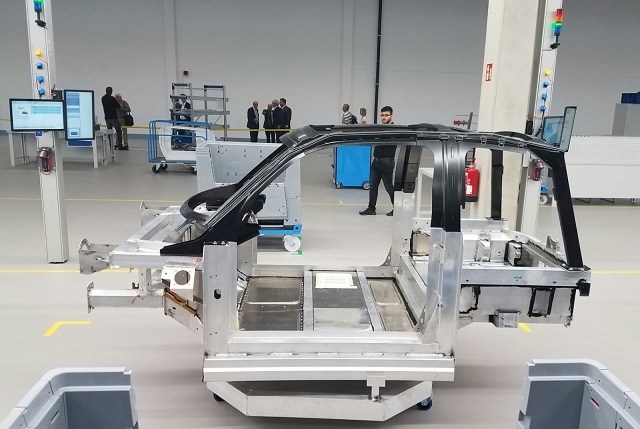 Time will prove if the experts in production methods at the University of Aachen thought and applied optimal methods for the small series proposed as the initial goal, but for the start up to be successful as many buyers as possible are needed.

Of the first 3,000 depositors of a 1,000-euro down-payment for registering on the waiting list, many were present, along with local officials and journalists, at the inauguration of the factory. 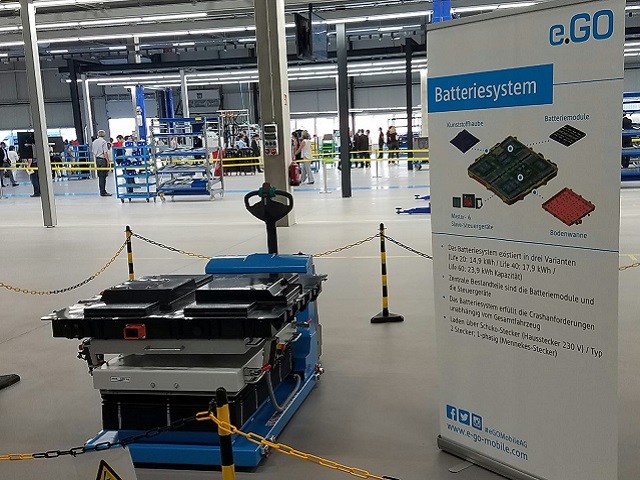 Several activities were prepared by the organizers, but the major interest was for the test drive and the long queue, in the midday sun, was a patience test for many of them.

On a very short distance, practically a pavement around the factory, we had the opportunity to drive a prototype of the upper spec model.

From the passenger seat a representative e.GO Mobile explained the basic functions, and two veterans of the deceased INMT (National Institute for ICEs), have been packed somehow in the very tight rear seats.

The prototype has lots of room for improvement, especially the interior, and the stiff suspension does not invite for a longer journey.

Acceleration is appropriate to keep up with city traffic, and regenerative braking is strong enough to drive with a single pedal, a feature well appreciated by those who tested previously other electric cars.

Talking about the one I drove, the effort to move the steering wheel was high, but our host explained that it was a test version.

It is far too early for conclusions of any kind. Both economic goals and those linked to the increase of production to an ambitious 100,000 per year depend on the acceptance of the public and the succes and pricing of several electric models promised by the traditional industry for 2019 and 2020. 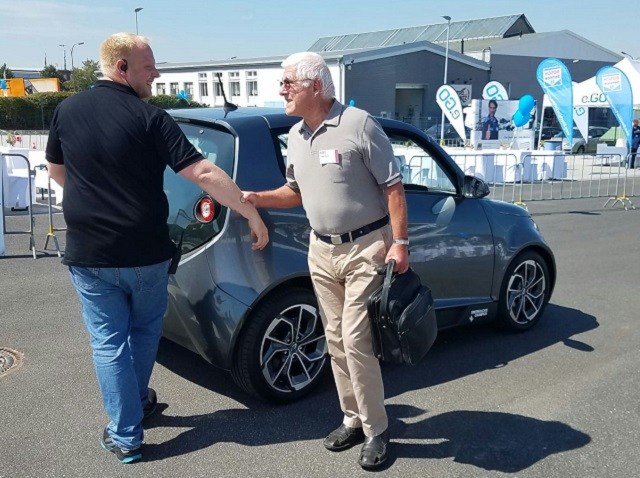 Thanking to our host for the test drive

We look forward to receiving our long-term test car, to be able to understand the performance in day-to-day operation in city traffic and the value proposal of e.GO Mobile’s first car.

Until then, congratulations to the team in Aachen and professor Schuh for the initiative and achievements so far!