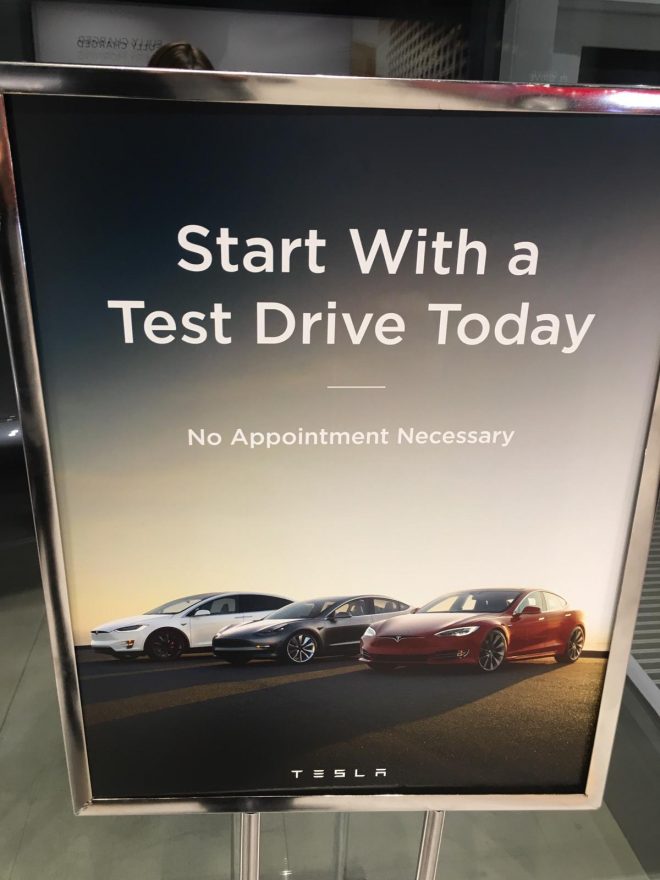 While we live in the frigid north, our daughter decided more than 10 years ago, after graduating from UofM, she was sick and tired of the long, grey and cold Michigan winter and moved in the hot, dry and sunny desert of Nevada, more precisely Las Vegas.

A convinced environmentalist, tree huger and animal lover, determined to change the world one step at a time, it was only a matter of time, until her attention was captured by electric vehicles, as her 10 years old Mazda 3 nears the end of very honorable duty performed for daily commuting and occasional trips.

The new Nissan Leaf was first choice on her short list of options, fitting to her budget and daily transportation needs. However, a bad dealership experience and the fact that her basketball playing partner did not fit in the Leaf, moved her attention to the Hyundai Kona.

Bad luck, Kona is only available in California for now, and even there in very limited supply. „What about a Tesla Model 3, Standard Range ?” I asked after owning a Model 3 Long Range for about two month and being delighted by the car.

„Ok, ok … you and your Tesla …” she said and scheduled a test drive at a local Tesla store. Here is her first ever Tesla experience, in her own words, with minor editing for clarity, responding to my What App question „How was your test drive?”

„It was great! The guy that drove with us had answers to all our questions. I didnt feel ‘attacked’ like at a typical dealer. It was more like walking into an Apple store and playing / testing the devices (cars in this scenario). But similar look and feel to an Apple store, very clean lines, two desks, with two computers each and two reps in the  front.

We went late, last appointment before they closed, so not busy. They greeted me by name, because I signed up ahead, they already knew what I was looking for and what car I potentially had to trade in.

There was no ‘pitching’, pushing for the sale or back and forth trips to the ‘manager’ for negotiating. Just q&a about product details and benefits. We created a mock order on the computer and played around with the deposit amounts to see what monthly payments would look like.

He offered us to take the car home for the night to get a better feel for it before we purchased, but we wanna do that on a weekend, so declined to take it back today.

I asked how much they would take for my Mazda 3, they scanned my VIN and showed me what Kelly Blue Book had as trade in and they said they would give me that amount, $2163 to be exact (Nissan offered $2000).

Both Kodiak and I drove it. He showed us basic features before we got started so that we know what to do, adjusted mirrors, seat, steering, airflow and then we drove. He explained the regenerative breaks and battery and safety and answered questions while driving.

He encouraged that we test the acceleration, which I felt like it was a rollercoaster when Kodiak accelerated, we test drove the dual motor long range model 3. Probably fastest acceleration I felt in a car before. When I drove it, I accelerated too, but more gentle 🙂

At the end of the test drive, the ‘copilot’ wanted to show us how it parks itself, it was super easy! I just drove past the spot, the car identified the spot, then I pushed ‘P’ button and then car backed in perfectly, by itself, in a very tight parking spot via two maneuvers. Pretty crazy feeling.

I was smiling like a kid in a candy store, basically waiting for the guy to show me where to sign. I’ll give you all my savings, just let me have the toy!!

Also asked about the standard range, he estimated they wouldn’t have it for another six month to one year.

He also showed us their referral program and said that as a owner if you refer 55 people to buy a Tesla, you get a free Tesla roadster!!

Both reps in the showroom were young, good looking, wearing nice Tesla fancy looking mechanic kind of fabric uniforms. They were younger than me, very knowledgeable.

I’d say A++ on the test driving experience and overall showroom experience. I never want to go to a regular dealer ever again, not that I ever wanted to go in the first place. Traditional dealer interactions are full of anxiety and stress!

This was actually enjoyable, scheduled, and not pushy!!I’m sold !

If you are interested in purchasing a Tesla Model 3, you can use our referral code and get six month of free Supercharging: https://ts.la/dan15866