Ford confirmed: the new SUV Puma will be produced in Craiova, alongside EcoSport 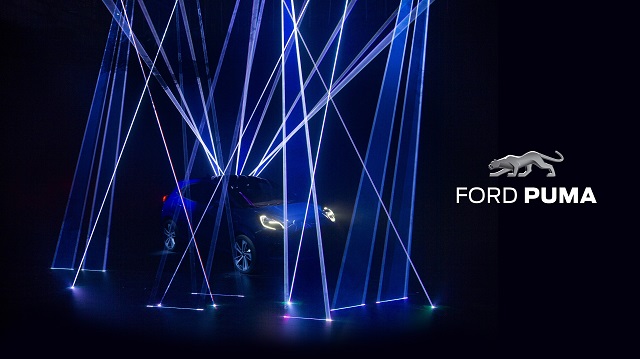 Ford launched the teasing campaign for the new SUV Puma with a first picture and a series of details on this new model, information from which we have noted the following.

The new Ford Puma is an SUV that boasts an extraordinary exterior design with a flexibility that offers the largest segment luggage capacity and 48-volt mild-hybrid propulsion technology.

Located in the EcoSport and Kuga range, Puma will be available for sale at the end of this year and will be produced alongside EcoSport at the Ford plant in Craiova, following an investment started in 2008, which today totals nearly 1.5 billion euros.

The first image of Ford Puma reveals important design elements, meaning distinctive optical blocks and athletic, seductive and aerodynamic lines. Alongside SUVs that allow for a high ground clearance, they provide a ride-on driving experience and a trunk that offers top-of-the-box capacity: 456 liters. Puma comes with an cutting-edge storage solution, conceived from customer discussions and offers a versatile trunk, capable of hosting two golf bags in a vertical position.

Ford EcoBoost Hybrid technology will optimize Puma’s fuel efficiency while delivering an exciting and high-performance response with a 155 hp peak. An belt integrated starter/generator (BISG) replaces the classic alternator, allowing the recovery and storage of energy that is typically lost during braking and coasting. Thus, the system charges a 48-volt air-cooled lithium-ion battery pack.

BISG also behaves like an electric engine, completing the 1.0 EcoBoost three-cylinder engine. It uses battery energy to change the torque source (a phenomenon that reduces the load on the gasoline engine to maximize fuel economy) and to supplement the torque (which increases the maximum torque developed by the propulsion system, optimizing performance).

Puma joins an expanding range of Ford SUVs and crossovers across Europe. SUVs now account for more than 20% of the vehicles sold by Ford in Europe. Sales of Ford SUVs grew in Europe with over 19 percent in 2018.