Ford is the leader of the import car market in Romania 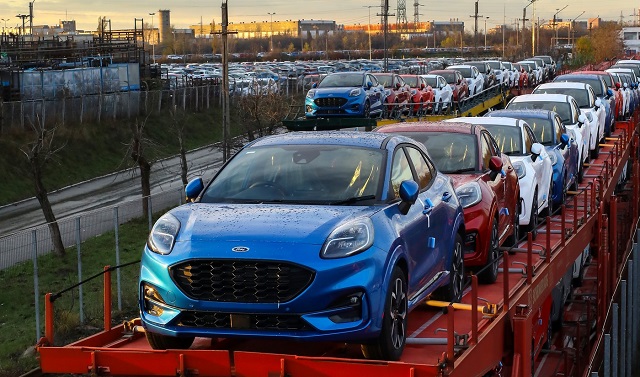 According to the data issued this month by the Direction of Driving and Registration of Vehicles (DRPCVI), in 2019 Ford has registered 16,168 units in Romania. Therefore, the Ford brand provides a market share of 8.58% and thus the leading position of the import market. At the same time, Ford is consolidating its position as leader in the commercial vehicle market for the fourth consecutive year.

In terms of cars, Ford recorded a market share of 7.39%, slightly rising compared to 2018. The best-selling models were Focus, Eco Sport and Kuga. Also, 46.7% of the cars registered by Ford in 2019 were SUVs, which shows the market trend and the clear preferences of customers in Romania for this car segment.

In terms of commercial vehicles, Ford continues to dominate, being for the fourth year in a row the leader of this segment on the Romanian market, with a market share of 15.85%. In the top 3 best-selling commercial vehicles, the leader is the Transit model, followed by Transit Custom and Ranger, all in the first place in their segment.

Through the national network of authorized distributors in Romania, Ford is present in 37 points of sale throughout the country.

For the launch of the new Puma SUV, Ford employed about 1,700 people, currently reaching over 6,200 employees. In addition, the anticipated production volumes for the EcoSport and Puma models make the Vehicle Assembly Factory work for the first time in three shifts. The Craiova Engine Factory continues to work in three and four shifts, producing the award-winning Ford 1.0-liter EcoBoost engine, in the 95 hp, 125 hp, 125 hp mHEV and 155 hp mHEV variants.