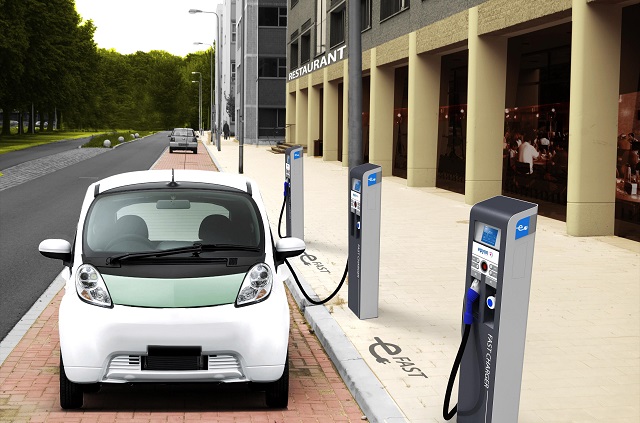 In one of the first 24auto.ro articles dedicated to electromobility, we highlighted five factors that dominate opinion polls attempting to determine the main reasons for a slow adoption of electric cars: autonomy, recharging infrastructure, limited choice of models, their performance and high purchase price.

Two of them, autonomy and charging infrastructure, to which we add the recharging speed, are important for customers using electric cars outside the city, for long distance travel.

Expansion of autonomy is possible with larger batteries, as demonstrated by Tesla with the three models S, X and 3 in production at Freemont, California and Tilburg, the Netherlands, but due to the (still) high battery price, higher autonomy versions have a high purchase price.

The Chevy Bolt and the new Nissan Leaf (with a 40 kWh battery) surpass 300 km of autonomy in day-to-day operation at more affordable prices. As the manufacturing price drops, the 2019 versions will be equipped with 60 kWh batteries, which will provide over 400 km of autonomy.

If the increase in autonomy is promising, what happens to the charging networks?

With a fleet of over 1.5 million electric vehicles on the road at the end of 2017, it is no surprise that most of the public (213,903) and private (231,820) charging stations are in China. It is significant that last year more than 6,000 stations have been installed each month and the pace of new station openings will increase over the years 2018 and 2019.

In the US, 16,541 public stations registered in 2017 have 45,225 charging points, but over 90% of recharging occurs at home or at work. In fact, in the United States, electric cars are mostly driven for daily commuting between suburban housing and workplace. The most active companies in the charger market are Tesla and Electrify America.

24auto published several articles about the spectacular progress of electrification in Scandinavian countries, including their extensive charging network and the inauguration of the first Ionity station in Germany.

What’s going on in Romania?

Renovatio e-charge network will expand over the next three years with „53 fast charging stations (50 kW DC) and 3 ultra-fast (150-350 kW DC), compatible with all types of electrical vehicles, in over 25 locations”.

In addition to Kaufland and Lidl, more and more commercial networks understood the advantage of installing charging stations for electric cars.

Far from exhausting all that is happening in Romania, the links above try to shed a favorable light on the rapid growth of the charging network through private-public and commercial partners in most cities of the country.

Using the free PlugShare app or others alike, you can find the location of most stations in Romania and everywhere in the world.